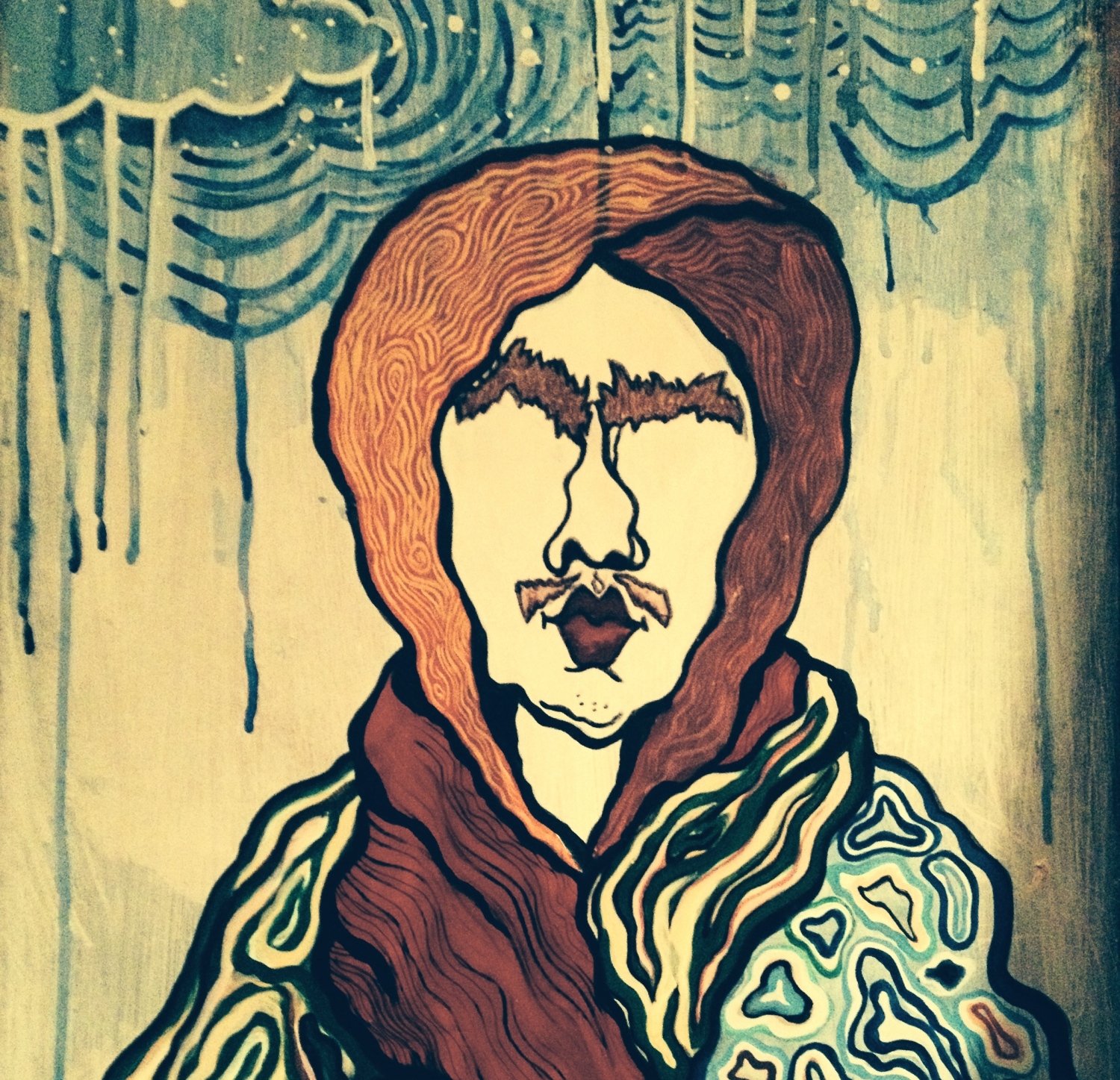 I pissed all over the floor. Argh, squat toilets. Two Chinese girls who went in afterwards burst out laughing.

There has got to be nothing more private and subsequently humiliating than what goes on in the bathroom. This was my first day in Beijing two years ago.

Kiwese offers some thoughts about traversing the seas between cultural difference and racial assimilation in China, as a cell cultivated as an ethnic minority transplants itself to the heart of the ethnic majority.

“ARE YOU NOT CHINESE??” “你不是中国人吗？？” she finally blurted in desperation, exasperated from the repetition; flecks of spit flying from her mouth, brows furrowed, flames dancing from her lips like a dragon. Exhale.

Being a Kiwi Chinese in China has often created confusing situations where language difficulties and cultural differences result in people thinking I am either deaf, dumb or just plain stupid. While at times, it has brought me an unexpected sense of kinship and belonging. In China, am I Chinese? Yes, and no.

I must’ve been about eight when I realised. Our homework was to create a festival poster, so naturally, I chose Chinese New Year. Another girl did, too.

Ernie Wan’s Chinese New Year was a soft cover picture book in our collection – its bright red and gold cover softly crinkled around the edges. We were Chinese, the book was Chinese – thus, in my mind, it was a definitive, authentic source of information. I carefully copied the Chinese dragon in the centre of my poster. No one in the class could know more about Chinese New Year than me, I thought, for I had eaten the roast duck and oxtail soup at Por Por and Gong Gong’s house, I had received a red packet with a $20 note in it.

I had intimate experience. The culture was mine, I wore it in my skin. And so it was, smug and self assured that my poster would be the most legit, because how could a white girl know more about this shit than me?

Oh, snap. The other chick’s poster.

The moment I saw it next to mine; the memory flinches, winces and recoils. Full of facts, details, images, now blurred by the years. She sidled up next to me as I looked on in horror. My dragon was alone in a sea of blank, white space.

That’s when I started to realise. China was this whole other thing. ‘Chinese’ went beyond my own personal experience.

My big sis and I wearing qipao, one time and one time only.

I used to take pride in being the Token Asian as a kid, drawing upwards lines for eyes instead of dots. Subconsciously listening out for the Asian references that washed up like flotsam on the shores of the Pakeha-Māori narratives around me, assembling a motley array of voices from Monty Python’s ‘I Like Chinese,’ to ‘Got Rice Bitch?’ which I used in order to laugh with my peers at an identity I didn’t completely understand.

During my teenage years, I hardly knew that my idea of Chinese culture was actually just a small Cantonese-flavoured fragment of a much, much larger whole. It’s true that in New Zealand and other parts of the western world, the conception most people have of ‘Chinese food’ is actually just Cantonese style, introduced by the migrants who first sailed from the south.

To the present day, living in the spicy, mountainous province of Sichuan, I am constantly being reminded of the vastness, variety and complexity of this country.

“Being in a foreign country means walking a tightrope above the ground without the net afforded a person by the country where he has family, colleagues and friends, and where he can easily say what he has to say in a language he has known from childhood.”

– Milan Kundera, The Unbearable Lightness of Being

The street running alongside the river below my apartment in Chengdu is lined with green and yellow trees. A local friend recently told me they are not the original ginkgos from her childhood. These ones blend in with the other trees, they have the same coloured leaves as the other trees, but they have different roots.

With a Chinese face in New Zealand, one carries the markers of Asia and it’s dragon boat of sweet and sour connotations. Most of the time, you don’t think on it. Though there are times, like being mocked by the teenage fungi that fester around Reading Cinemas with “LI MEI! OI, IT’S DOCTOR LI MEI! BAHAHA!” (Shortland Street, 2003-2006), which can act as stinging reminders that people are putting you in a separate little Asian takeaway box.

“I am over-determined from without, I am the slave not of the ‘idea’ that others have of me but of my own appearance…”

So it was an overwhelming thing, standing awash a sea of black hair on the Beijing subway for the first time. Woah. Everyone… looks like me. Privy to the world of the local, yet simultaneously disregarded as a wài guó rén 外国人 (lit. outside country person), by both Chinese and foreigners.

In official capacities, I’m asked to present my Chinese ID card 身份证 instead of my passport. While back home in New Zealand, well-meaning airport Auckland Airport staff will ask me in a loud clear voice “what kind of passport do you have?” before curtly suggesting I turn over any illicit dried mushrooms and/or fruits.

On one hand, my appearance affords me the ability to participate in the theatre of society, without becoming the theatre itself. To walk among vegetable markets, to stop and observe street calligraphers, to wait at the bus stop without drawing attention to myself. 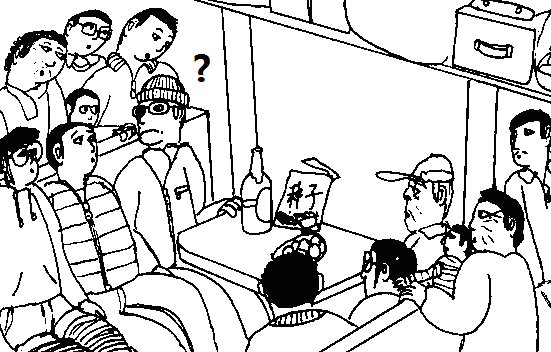 The way I’ve seen visibly foreign ‘laowai’ treated on some occassions in China spans from sycophantic compliments on their Chinese, refusal to speak Chinese, incessant hellos and photos, heavily inflated prices and constant staring. Some laowai get jobs for just standing there and being white. I’ve been told the industry term in some circles is literally, ‘white monkey,’ 白猴子…

As a Chinese face, you don’t get that. It’s like being undercover, your cultural differences masked by your own skin. People assume my Mandarin is fluent. I’ve been finding myself ‘passing’ as a local more and more as my Mandarin improves. But when I concede to defeat and have to utter a gut-wrenching “听不懂,” (“I don’t understand,”) the built-in disguise fails, my foreignness is laid bare, and it generally goes like this:

a) in creating confusion, people say “I thought you were Chinese, you have the same skin!”

b) in creating confusion, the usual set of questions about your heritage is trotted out.

c) in creating confusion, people say “are you Korean?”

d) in creating confusion, you feel like a silly fraud who was pretending to be something they’re not. Identity crisis ensues.

It tests me to be confident in myself, to remember where I’ve come from (an isolated set of islands in Pacific Ocean) and where my ancestors have come from (rural villages in southern China), and to have patience. But sometimes it’s hard. To just be oneself without concession. As Kerry Ann Lee said of her time in rural Guangdong, “you can feel like the stupidest, prissiest, foreign alien.”

I am constantly reconfiguring where I stand in the overarching ‘Chinese and everybody else’ mentality subconsciously possessed by much of the one billion strong Han Chinese population in this country.

The complexity of my placement within the ‘us and them’ can be gauged through one of my teachers in Chengdu, whose views on the world and the role of women make me want to walk into the classroom blasting the Chimamanda part of ‘Flawless.’

She is not quite sure how to deal with me during our regular disagreements; calling me a Westerner as an insult, calling me Chinese as a form of acceptance. With the acknowledgement of one, comes the denial of the other. One week, she offered an olive branch of peace with “Kristen will understand, her grandparents are from China,” as if including me as Chinese was the nicest thing she could say to me. And in a way, at the time, it was.

Returning to China to ‘find one’s roots’ is almost a rite-of-passage for many New Zealand-born Chinese, myself included, and in coming ‘back’ to find them, I have realised in many ways they are in fact where I left them, grown deep in the windy hills and choppy waves of Te-Whanganui-A-Tara, Aotearoa.

The coffee-shop yum-cha lifestyle of Wellington, the mahjong mixed with Pak N Save wine, knowing more Te Reo than Cantonese. Climbing trees and building swings as a kid, instead of rote learning stacks of textbooks. Chasing mosh pits as a teen, instead of chasing university examinations.

“Are you Chinese?” in New Zealand and the negative inversion “so you’re not Chinese?” in China are queries which challenge me to redefine for myself what the word really stands for, and how much of what it encompasses is wrapped in skin.

I don’t have reservations about my cultural identity, not since refusing to tick Chinese and instead defiantly emblazoning NEW ZEALAND CHINESE under ‘Other’ as an 11-year-old kid in the Census, despite the shortage of squares. “If Pakeha New Zealander can be an option, then I am a New Zealander, too,” I thought.

When all is said and done, the words of one of my ten-year-old students in Beijing come to mind…

Grasping the pounamu around my neck and the jade pendant around hers, she exclaimed with a smile:

Header image by the one and only Ruda Muda.