For a healthy dose of guitar-jangling, tambourine-shaking vibes, crank up the volume with Wellington’s own Terror of the Deep and Mr. Graceless from Beijing.

>>>>>Terror of the Deep are an unsigned three-occasionally-four-piece band from the bakery paradise of Newtown, consisting of guitarist/lead vocalist Oliver Dixon, bassist Taipua Adams, drummer William Daymond and Tom Watson (Head Like a Hole, Cassette, Lawrence Arabia) popping in when he can on keyboards.

Starting out in 2008 with a guitar and a drum machine, the band’s style has developed with the release of each EP; Airport Underneath the Dome (2010), Permanent Weekend (2011) and Death of the Gideon (2012). Recommended listening with sepia-toned sunglasses. 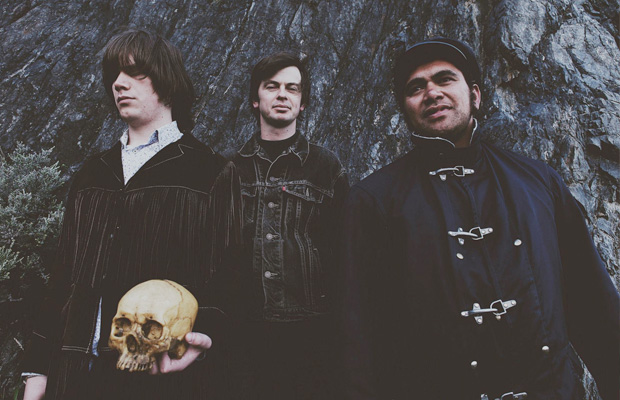 TERROR OF THE DEEP! William, Oliver and Taipua. Image from Undertheradar.

The first time I saw Terror of the Deep was at Camp a Low Hum 2010, where they infused the Lawn Stage with their contagiously good vibes before a hilly backdrop of dancing ponga fronds and azure blue skies. At this year’s Newtown Festival, the band recorded two songs live to vinyl with the folks at Death Ray Records.

William tells me their full-length album ‘Space Epic’ is currently being mixed, set to be released by the end of the year! Just in time to be thrashed in the car on the next summer roadie.

Performing where else but on TV One’s Good Morning show…

The hilarious video for ‘I Am Ocean,’ from the EP Airport Underneath the Dome.

>>>>>Mr. Graceless [不优雅先生] are a Beijing-based indie rock trio, who celebrated their fifth birthday last year! The drummer, Zhao Jiulong, is an original Beijinger 北京人, while guitarist and vocalist Zhang Qiushuang is from Sichuan and bassist Yuan Shuai is from Shaanxi. The band released their excellent debut album The Tree Ever Green (2012) on Maybe Mars and chased it with a European tour. More soon, we hope! 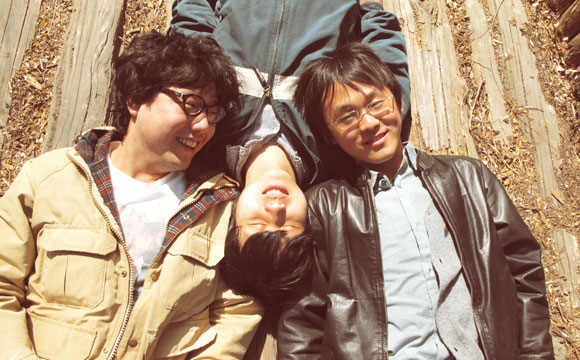 Mr. Graceless having a lie down.

An interview with the band in Paris. 中文 & English subs.