Established in 1904, the iconic Asian goods emporium Wah Lees has been around longer than Pineapple Lumps or Marmite (NZ).

Kiwese caught up with Barry Wah Lee at the counter of his red and yellow shop to talk about the ongoing challenges facing independent food and Chinese medicine retailers. 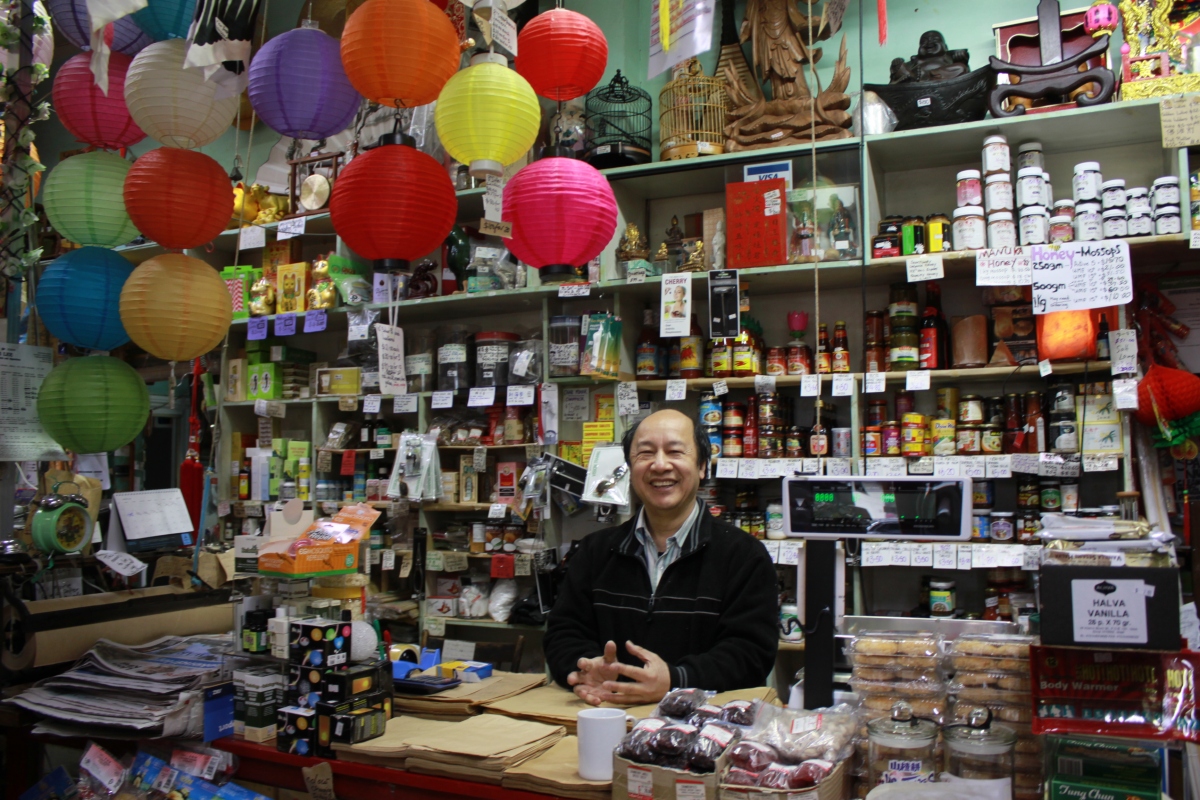 Hey Barry! The store front says Wah Lees was established in 1904, that must make it one of the oldest shops in Auckland?

The first mention of Wah Lee was in Greys Avenue in 1904 as a fruit shop. It used to be a bank for the Chinese, too. We moved up here to Hobson Street in 1966. There are still a few Chinese-owned fruit shops around, like Mr Lum over in Remuera, but a lot of them have faded with the coming of Pak N Save, Countdown etc…

How long have you been involved with the shop?

As a kid I used to love being in the shop – watching how dad would talk to people. Cups of tea and stuff.

My wife is Cantonese, I am from the Gin Clan of Toishan. But I think we originally ran away from up north in Hebei, where they were suppliers to the legendary Emperors of porcelain. So if you look at the name [writes 甄 on a piece of paper], you can see the west, earth and porcelain. 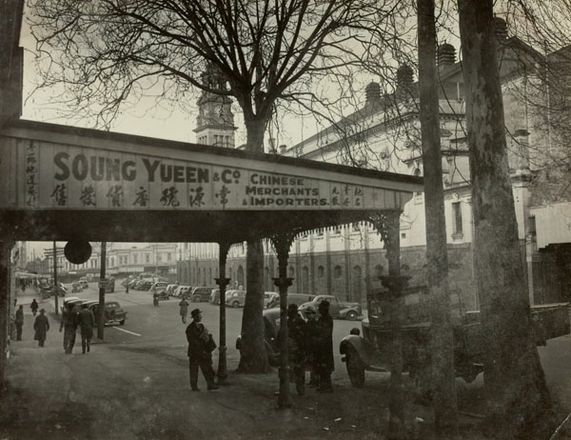 Soung Yueen & Co, Greys Avenue during the 1940s:  a hub for many Chinese in Auckland, often considered a dodgy area full of gambling and opium dens that needed to be cleaned up – the Haining Street of Auckland. Read more about Greys Avenue’s Chinatown era in this paper by Eva Wong Ng. Image from History Pin.

I can’t imagine it has always been easy importing Asian goods into New Zealand?

We haven’t been importing for ages. Everything here has the English labels on them -by law you are supposed to have a list of ingredients in English. Local Koreans go to Korean shops and they know what it is, but with us being open to all races – Kiwis – people expect to see English or two languages.

“At Greys Avenue, our customers were mostly Cantonese, not many Europeans came in – only the brave ones who weren’t worried about trap doors” [laughs]

Some people bank money by giving pep talks about these things -body language, customer service… but that wouldn’t work if we’re dying.

But it doesn’t seem like the shop is dying!

We were quite busy for a while there… but the business has been losing money for a few years. It is quite difficult. Every little thing we do has gotten bigger – health foods, organics, Asian specialities… The importers and suppliers are huge. Indian things, Thai, Vietnamese and from the Philippines. Everything has been expanded and taken away from us. 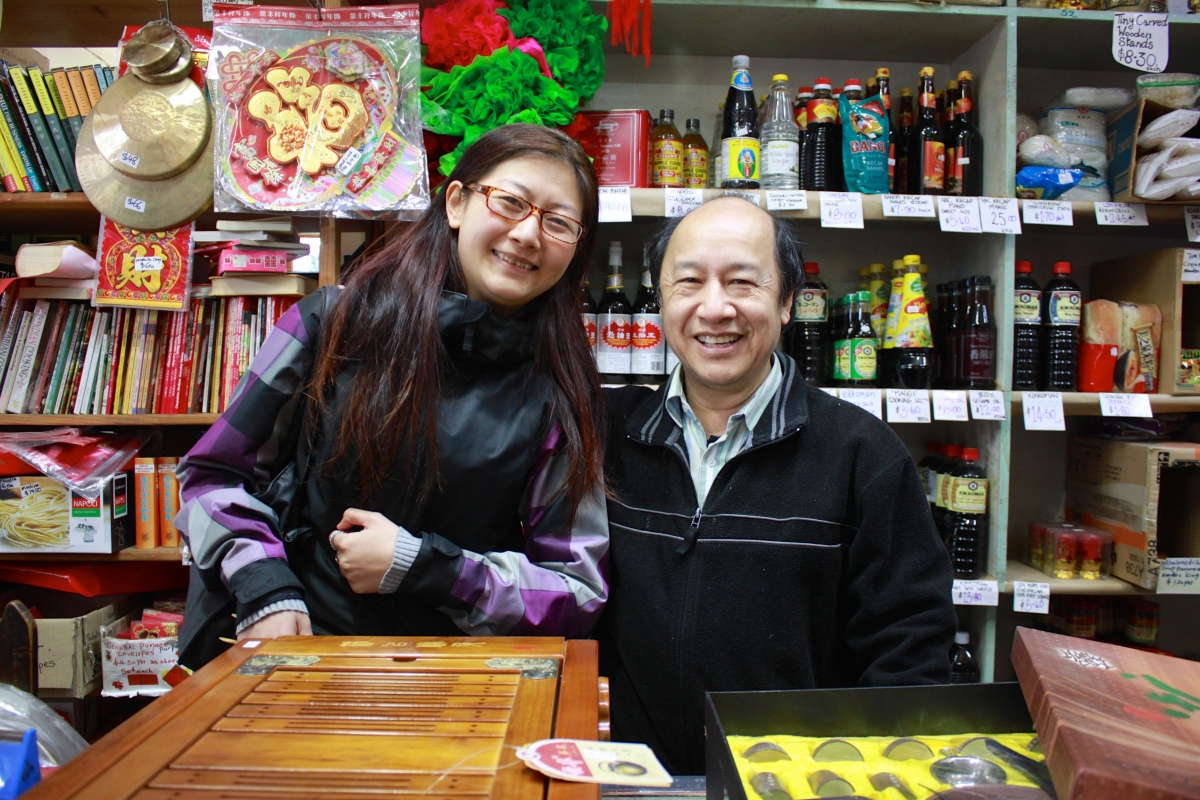 Barry shows a customer one of their traditional Chinese tea sets

[Barry takes a phone call, I chat to Wai behind the counter]

Hey Wai, how long have you been here at Wah Lees?

Na. It sucks. But me and my wife are here now.

Does anyone know where everything in this shop is?

I doubt it. Collectively? We may know, but I don’t think any one person would know exactly where everything is.

How have you seen Hobson Street change over the past 18 years?

Hobson St is the main artery out, you can use it to get on the motorway. Apartments are popping up. Across the road, down the road, next door. Definitely changes the vibe. A lot of people that own these apartments rent them out to students – and unfortunately a lot of them don’t cook at home, which doesn’t give us a lot of custom.

What is the biggest selling item at Wah Lees?

Definitely fireworks. The change in regulations a few years ago changed things in a big way – it actually led to a lot more mavericks selling fireworks from their car boots on the side of the road, rather than working to contain it. The most incidents that have happened in the past few years since the change in regs have been in public displays. And they are supposed to be the expert technicians.

Check out the ‘Fireworks at Wah Lees‘ Facebook event

How have the changes in firework regulations affected Wah Lees?

I think the whole thing with fireworks was that when people started using them on animals, the fun went. There were a lot of people complaining about noise. So the products had their levels of gunpowder cut down. Since the R18 limit, underage people are sent in. One year they sent in this guy – 6”3, built like a brick shit house, and only seventeen years old.

[Back to Barry, who has brought me a cup of green tea]

Wah Lees has been used as the set for several music videos?

Millions. Che Fu – I charged him $1000 for that. He and his manager came in. They were a bit naughty – they lit some incense down the back where there’s fireworks. The first was Billy T James.

Any tips for brick and mortar retail businesses?

Smile. Sell the sizzle not the sausage. We had Chinese sausages for years (“they were nice, too,” Wai chips in), but now with the red tape – na, can’t do it.

Tell us about the Chinese medicine here at Wah Lees?

When I was young I can remember my mum forcing me to have medicine from the doctor. I always liked the foul tasting Chinese stuff from the shop for some reason. To this day I don’t like to see the doctor. You’re up against a trillion dollar industry. They have very subtle PR, who give Chinese and alternative medicine a very hard time.

Thanks for your time guys!

Support your local businesses, pop in to Wah Lees for anything from sushi wakame, porcelain horses, ornamental radishes to South African apricots! 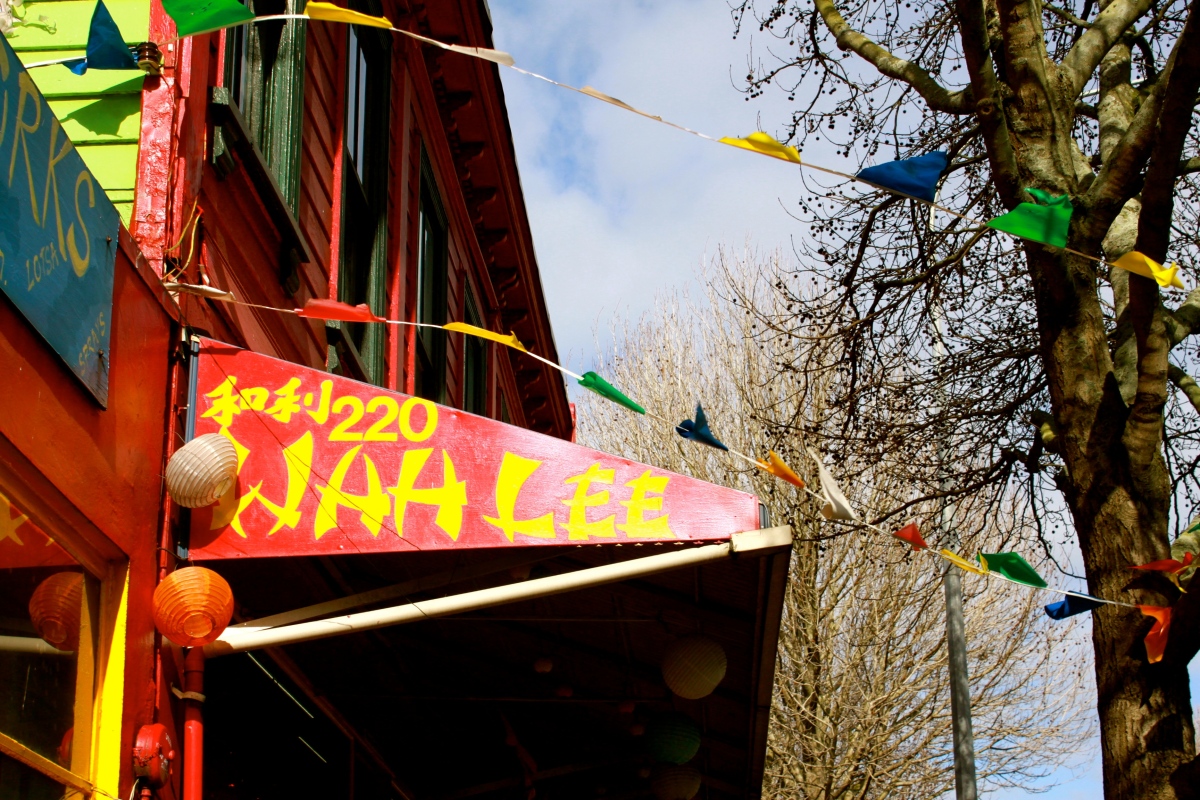