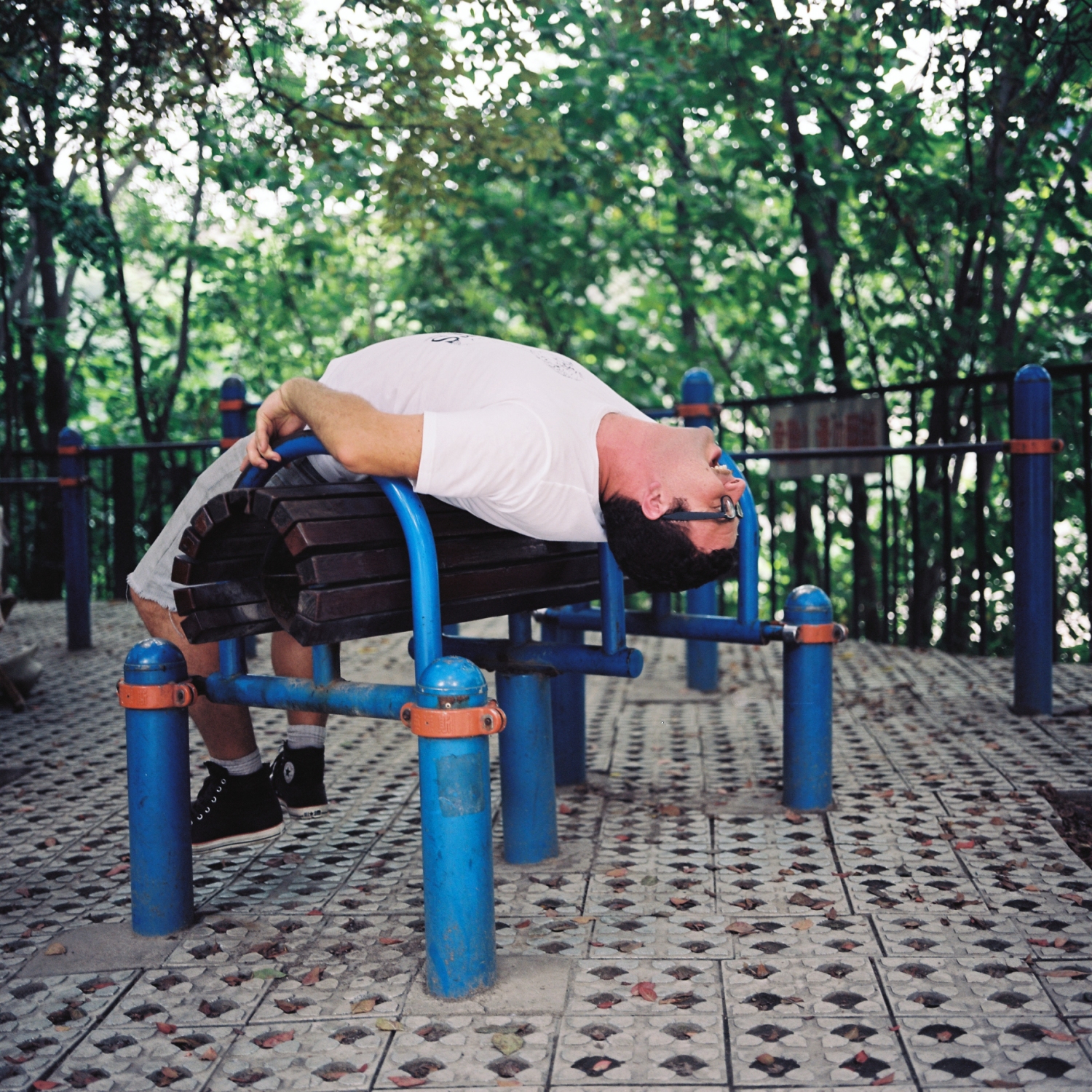 Kiwese caught up with Luke Rowell aka Disasteradio for some reflection time about his sizzlingly sweaty 13-date tour of China back in 2012.

With Camp A Low Hum now at a close, it feels only right to take some time to reflect with Disasteradio. I’ve seen Disasteradio play in a bunch of weird places – a hallway at Victoria University, the middle of a forest, the Botanic Gardens, even at Puppies where he tore the shit out of his ACL from one of those crazy dance moves. Since 2007, Luke has appeared at every CALH in some form or another and was set to dazzle us in the torrential rain on Night 3. A pesky bug got the better of him, but it is said that he played a Renegade set from the First Aid Tent featuring a bag of Doritos. This guy does not do defeat.

Ni Hao Luke! It’s been over a year since you toured China, have you got that 炒饭 [chǎofàn, fried rice] tattoo yet?

I wish, but I’d probably have to get a well-worded thesis on my thoughts on cultural appropriation and irony tattooed below it as a disclaimer, haha!

Did you get a feel for China’s live music scene during your tour? Was it what you expected or na?

I had so much fun at the shows. The shows were the same as they were anywhere, in the respect that if you can get people up and into it, everyone can have a real cool time. I wouldn’t profess to be able to hit it every time, but I really love the challenge of playing my nuts off to someone who doesn’t know anything about what I do. I’ve encountered a fear of language and cultural gaps before, especially in places such as eastern Europe, but trying to bridge the gap in China was really really fun. It’s almost like there isn’t a gap at all, once people get into it.

The best part was being forced to play a third encore to fifteen people in Xi’an who were going absolutely nuts. So it wasn’t what I’d expected, in the respect that I thought it was going to be stranger and harder and more confusing than it turned out to be. The shows were warmly received, and all the venues had AMAZING PA systems, and great sound techs. One thing that struck me was a lack of local bands. I usually played on my own or with Swedish band Kite, as well as a few bands of expatriate westerners. In Beijing there was a Chinese duo called Wanderlust doing some great Neue Deutsche Welle / synthpunk stuff which was just so awesome, especially in the sense that it sounded like they were appropriating a classic European synth sound that *I* was also working with – watching them I was thinking “who is the outsider here?” – with China being more geographically close to Europe, or the colour of my skin being more culturally close? Of course the answer to that is an irrelevant value judgement, but it points at the subjunctive nature of electronic music – that it’s so effective reaching across those cultural borders. 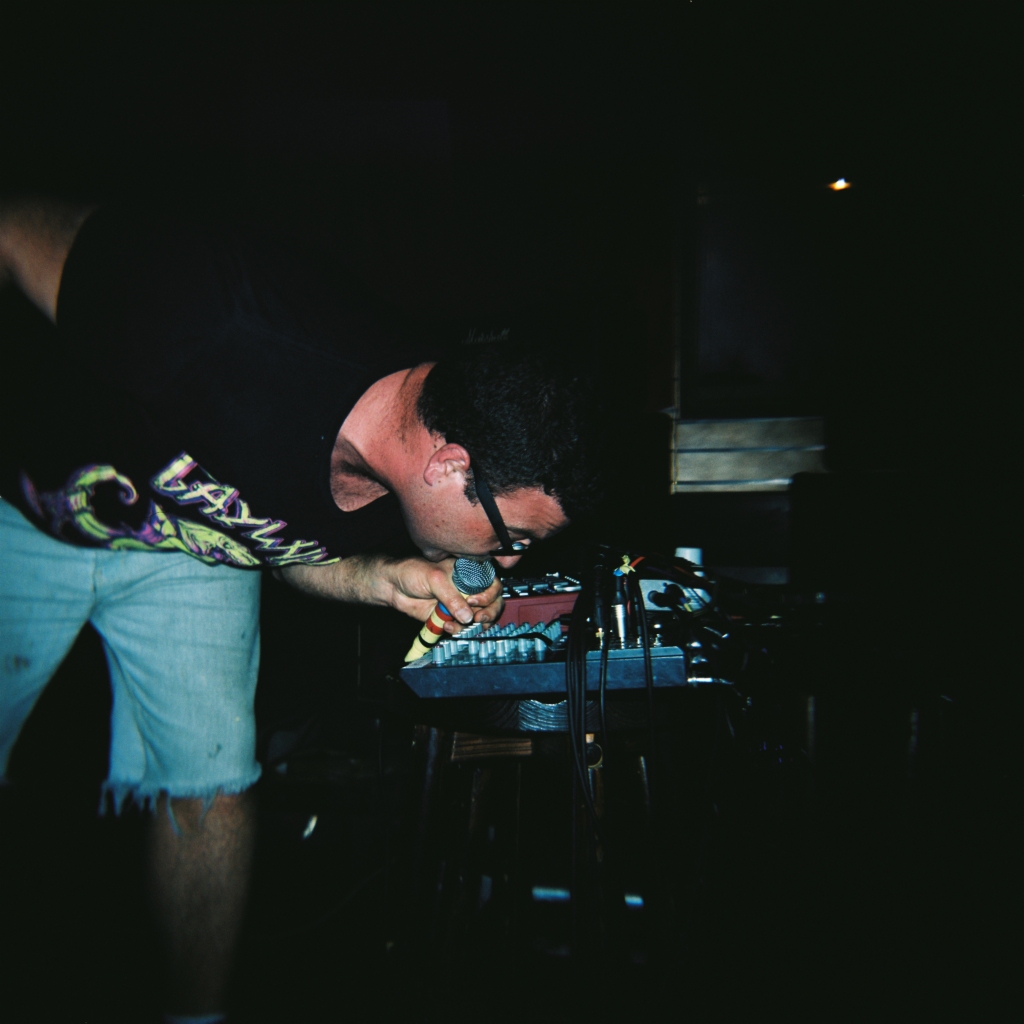 Kicking it in Kunshan. Photo by Abram Deyo.

Were the Chinese crowds mad into your merch?

With how light I’m traveling, I can’t carry any merch. Including keyboard stand and all my other gear that’s about 30kg. During the tour of China things were so hot and carrying that much gear got me so RIPPED. Like weightlifting in a sauna. It was so hot I couldn’t have taken records with me anyway, because they would have melted!

Don’t be such an egg oi. Photo by Abram Deyo.

Wow cool, I see you have a Youku account set up! With YouTube/Facebook/Twitter blocked in China, was it harder to create hype amongst Chinese people without them being directly exposed to your videos and status updates etc?

Yeah I managed to stumble through that with the translation stuff, I hope my descriptions make sense or at least the bad translation is kinda funny. When I found out YouTube was blocked in China it got me all excited and I just threw all my stuff up on there. View counts aren’t anything crazy on my Youku, but I definitely wanted people to have the option to check out my videos after the shows. On tour, two shopkeepers at a Zhengzhou hotel convenience store caught me vibing on their pop music, and laughed along with me, I tried to get them to check out my Youku channel but I wasn’t saying it right. I missed my only shot.

A Digital Deity! The header from Disasteradio’s Bandcamp page

You and Ash from Secret Knives came over in 2012. So So Modern, god bows to math and Carb on Carb all toured China last year. What is bringing self-funded NZ bands over?

I think we just have a bit of an adventurous streak over here, or an eternal outward look, because of our size and isolation. So So Modern and Secret Knives have all done crazy tours of Europe and the US as well. But basically I went because it was there. I’ve been so lucky with the amount of touring I’ve found myself doing, I think China was the 22nd country I’ve been to.

What are some awesome things that spring to mind when you think of China?

Those awesome instant noodles in the green square pack with the brown sauce that I never got the name of. Cucumber Lay’s chips. Old dudes in Beijing doing the tee-shirt tuck. Tsingtao. Street food, that despite all the cautions, didn’t make me sick and was just completely kick ass. Seeing a city humming all the way to the horizon in the middle of the night on a rooftop, like some kind of sci-fi megalopolis

What are some fucking shitty things that spring to mind when you think of China?

No coffee anywhere. Coming across a puppy dying in a plastic bag in Xi’an and not being able to do anything about it. Weird attitudes from some expat westerners (though this seems like a running cliche). Overnight trains being hell on wheels. 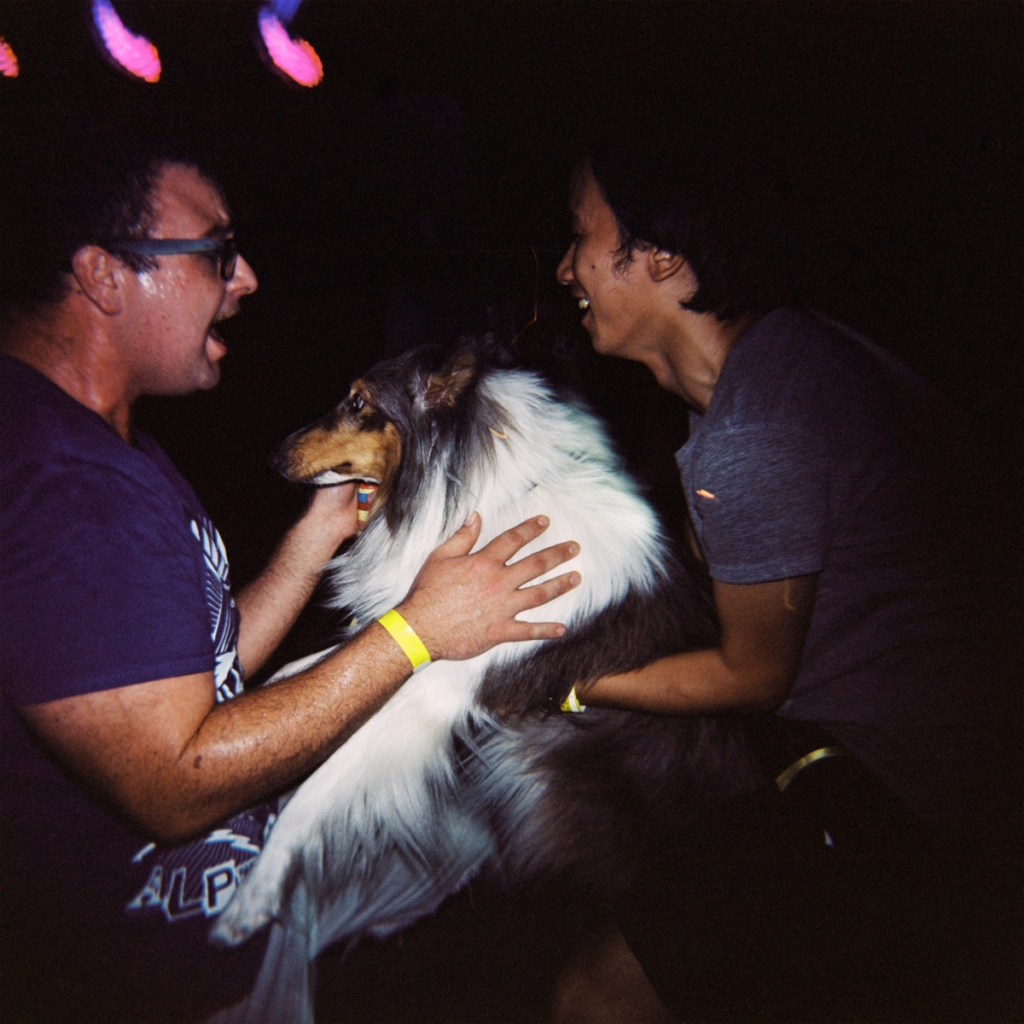 What would you say to other NZ bands that are wanting to come and party in the Middle Kingdom?

Go there. Do it. Don’t bring to much gear – you’ll be running through subways and stuff, and you’ll wish you didn’t bring all that drum hardware, or whatever. The venues are awesome, the hotels are comparatively cheap, and the eating is amazing. If you’re super addicted to caffeine I’d seriously recommend buying a load of good instant coffee, so you don’t feel like a dork having to go to Starbucks all the time.

Flexin’ in Xi’an on the public exercise playgrounds. Photo by Abram Deyo.

I’ve heard there are some excellent Chinese restaurants in Lower Hutt, confirm or deny.

Nature in VIC Corner is an amazing vegetarian place, but other than that things aren’t so legit around there. Downtown Wellington has Ram’s, Red Hill and Cha (which is Taiwanese) and they are all amazing. Having eaten tons of Chinese food in China, I can get pretty damn self-righteous when vegetables are done like they were in Beijing.

Working on a new record called SWEATSHOP.  No idea when it’ll come out! But I’ll be touring after that xoxoxoxo

Check out Gravy Rainbow! Disasteradio’s most viewed song on YouTube.

Here is a video of D-Rad playing Awesome Feelings at Camp in 2009.

Holla at his blindingly bright neon Bandcamp page, as well as his alias Eyeliner over on Crystal Magic Records.

Listen to his hilarious and insightful audio diaries from China over on Radio New Zealand.

Special thanks to Abram Deyo, Luke’s China Tour Manager for all the photos!