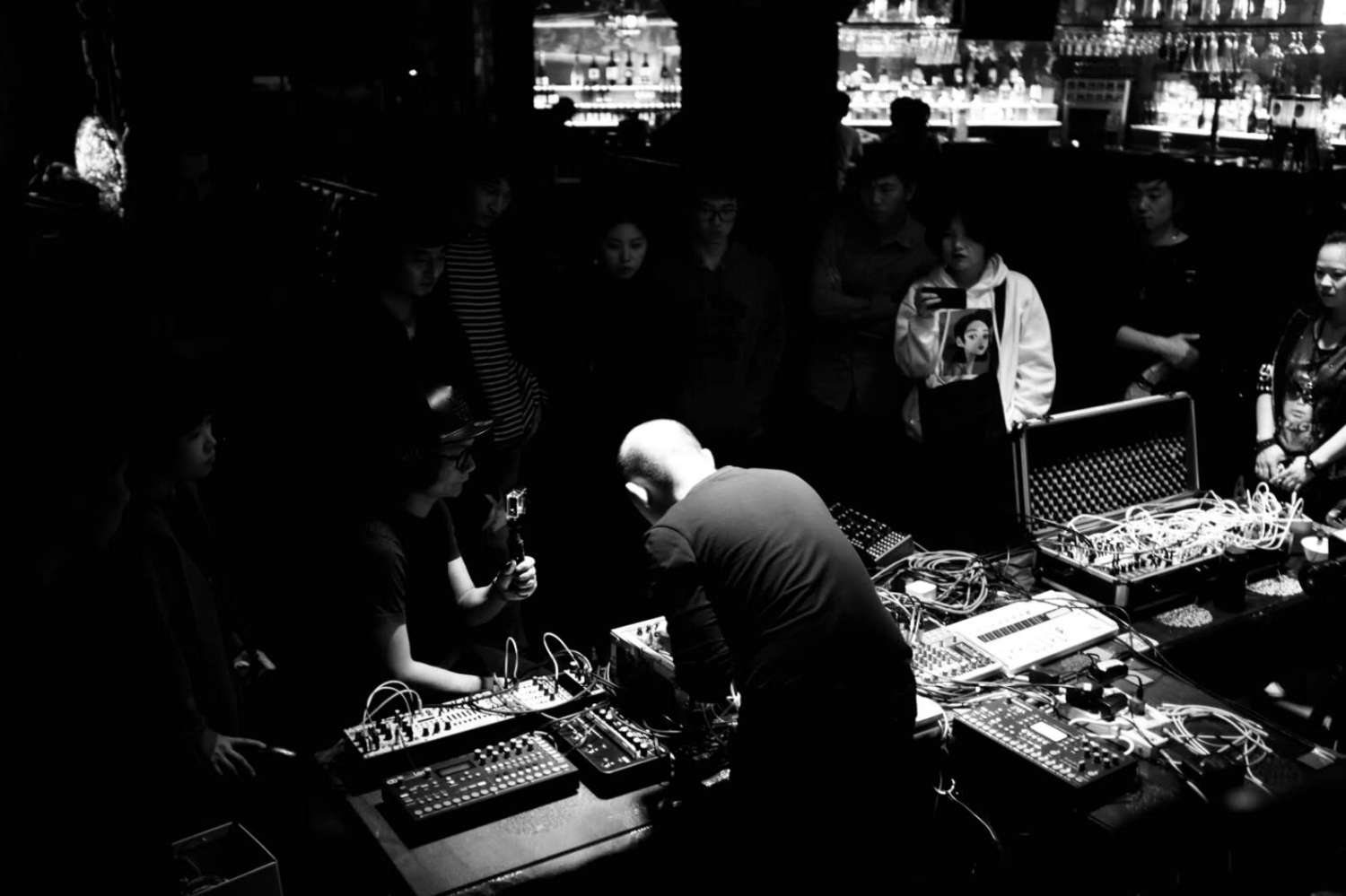 Next up in our series of support artists from the Womb and Strange Stains China Tour is electronic music producer Ma Feng 马蜂, born and raised in the ancient walled city of Xi’an.

Home to the famed Terracotta Warriors and the last remaining city wall structure in China, Xi’an is often referred to as the Ancient Capital of the Tang Dynasty. Through the ages, Xi’an is now growing a small but committed electronic music scene with club rooms at Vinylhouse and Mao Livehouse now hosting regular DJ nights. Ma Feng 马蜂 (Chinese for hornet) is a record producer, synthesizer enthusiast and manager of Xi’an Shiyin Records, is one dedicated member of the creative electronic community seeking to further integrate electronic music into the sound of Xi’an through his live performances and studio sessions.

We are stoked to have Ma Feng perform at newly opened rehearsal space bar venue Vein Lab. Thanks to the folks at Wuqiong 无穹俱乐部 for helping us move the show to Vein Lab due to their own sudden closure. Considering the last show we did at Midie in Xi’an was impacted with the entire street being swept by police, we await this Xi’an show with baited breath!

What starsign are you？
Leo.

Where are you from?
I am born and raised in Xi’an.

What do you do for work, where do you usually spend your free time？
I am the manager of a music studio. Usually I just hang out at the studio.

When did you start making electronic music?
I first started out playing keyboard. Now I’m using computer software and several synthesizers, including a modular set up and some Elektron gear.

What do you think of the Xi’an music scene?
The scene in Xi’an is great, mostly centered around rock and hip hop. Electronic music is still in its earlier developing stages here.

Do you have any Xi’an food tips?
Xi’an has a Muslim Street full of great food. Just a ten minute walk from the venue and you can eat all sorts of stuff, haha!

Ma Feng performs with Womb and Strange Stains at Vein Lab in Xi’an on 10 July 2019.